I first learned about EFT – the Emotional Freedom Techniques, commonly called “tapping” – in 2017 when I came across a KAISER Health Foundation meta study on its rapid effectiveness for treating war veterans suffering from PTSD. At the time I was filming a video project on LA County’s efforts to house the homeless. We were working in some of the poorest areas including Skid Row and I was struggling with overwhelming emotions at the misery I was witnessing. In hindsight, I think it was so intense for me because I had some unresolved traumatic memories about my father’s mental health challenges that were being triggered by what I saw. Also since becoming a mom, I had disconnected from such gritty realities while nesting in the suburban foothill community of Altadena. Not that motherhood hadn’t come with it’s own challenges. For several of those years, I had been immersed in a different front line. My mommy friends and I were in the healing trenches trying to recover our kids from a variety of health issues. More than 54% of kids in the US today are suffering from one or more chronic disease ranging from asthma to cancer and everything in between. I had learned through independent research that most are preventable, and that environmental toxins and overmedication are two of the root causes. Yet tragically, this knowledge was NOT reaching the main stream. All of us had been back peddling. Those years spent navigating a broken medical system, learning to use food as medicine, and tirelessly researching the latest in alternative health and functional medical advancements, had rewarded me with hard-earned wisdom about our extraordinary ability to heal. My kid began to thrive! Working in the homeless encampments confronted me with the sadness that many were not as lucky. I was also struck by how while the homeless population had exploded around the country, there had simultaneously been an epidemic rise in children’s health issues like autism and other mental health disorders. While the two were not related, and there were many confounding factors — including soaring real estate prices and lack of effective health care — this rise in childhood illnesses and developmental challenges did not portend well for curbing the growth in homelessness in the long run! 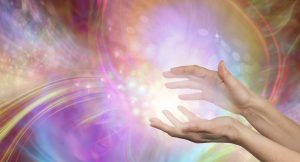 Overwhelmed with mounting anxiety, I sought help from a KAISER therapist. Instead of EFT, I was offered medication (no surprise there!) and told that despite their study, EFT was not being offered at the present time. I decided to pass on the pills, and take matters into my own hands by spending out of pocket for an EFT practitioner. And boy was I glad I did! Two sessions later my anxiety had greatly diminished and I became instantly hooked on this newish self-care tool. I continued to read about and practice EFT, and eventual I took a workshop. It felt like I had just been handed a magic wand so stunned and delighted by how quickly I was able to release and clear my old beliefs, patterns, and obstacles.

When I completed my video project on homelessness, I had an epiphany: I needed to find a teacher, learn this incredible healing tool and become certified so I could help others. What better way to prevent the ravages of what I had witnessed than helping struggling families to heal and thrive today? 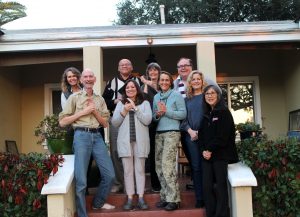 I chose to study with Rob Nelson, who was certified by Gary Craig, the founder of EFT who also happens to be one of four Matrix Reimprinting trainers in the entire US and Canada. In January 2020, after completing my training and required client sessions, I earned my certification through Rob’s Tapping the Matrix academy in both EFT and Matrix.
Previously in 2018, I had earned a certification in Mystic Shamanism and Reiki under the tutelage of Dr. Raven Lee, Ph.D. LCSW, DCEP. I’ve also been a student and teacher of Kundalini Yoga and meditation for over 20 years.
Now, besides EFT and Matrix Reimprinting, I offer clients a variety of self-healing knowledge and tools, as well my own life experience and healing adventures. Firmly rooted in science, nutritional balancing and reducing toxic load, I have a good understanding of our body’s amazing ability to detox from environmental pollution and how to best achieve that in the safest way.
I’m also highly intuitive, clairsentient and have empathic abilities — which allow me to tune into your trauma and feel it. This gift comes in pretty handy when I’m engaged in working with a client, because pain is also the source of our healing potential. In Rumi’s words: “The wound is the place where light enters you.” 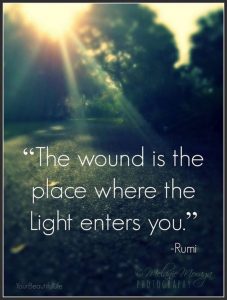 I believe that we are all born wired for healing but there are a few conditions that help facilitate this and speed things up. The first is that each of us needs to take responsibility for our own healing. No one else can heal YOU but YOU. We are all created equal in this way with the same capacity. As a healing practitioner my job is to guide you and be a compassionate witness to your process. The second condition is to respect Mother Nature’s ways. The more closely we live to her and in accordance to her rules, the more health and wellbeing we experience 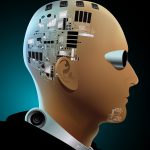 However, with today’s culture being so dependent on chemistry, pharmacology and technology, this is becoming increasingly challenging. And if we’ve also received bad programming in our formative years, this really gets in the way by creating self-limiting beliefs that sabotage our health and happiness. That’s where EFT and Matrix come in — as the most awesome tools I’ve discovered thus far for better living. Prior to becoming an EFT, Matrix Reimprinting, shamanic practitioner, and intuitive health consultant, I was a photojournalist and writer /producer for network television on many award winning documentary and reality shows. I still write and produce projects that are close to my heart – on topics including health, healing and social justice. Both of my previous careers enhance the health consulting work I do now. My journalistic background supports my curiosity in being a good detective for my clients’ issues as I enjoy interviewing people, listening closely to their stories while looking for clues that might reveal the root cause of their challenges. I’ve also always been a very empathic, intuitive and sensitive person, and people share their troubles with me without my even asking. With clients, I now often just seem to know what's challenging them and how to proceed. I believe this help may also come from spirit guides — both my own and my clients’— as I have a strong connection with all of my deceased grandmothers who were also highly intuitive and psychically gifted.
If you feel you’d like to work with me, please contact me to schedule a free 20-minute consultation to explore how we might work together.
Please Note: I am NOT a licensed health care provider, counselor, or psychotherapist. I do not accept any form of insurance and do not diagnose or treat any medical, psychiatric or psychological condition. I offer my services as an EFT, Matrix Reimprinting, Shamanic Practitioner, Health Consultant and a self- help educator. I do not diagnose or treat illness, disease, or psychological disorders. EFT and Matrix Reimprinting are not a substitute for professional health care. Information provided in this website is for general education and not intended to replace qualified medical or psychological advice